For Calgary perspective, visit Matchsticks and Gasoline, I guess.

This was one of those games. The first two periods could be summed up by saying: Jarome Iginla scored, Matt Kassian won a fight. That was about it.

Then, the third period. Something named Erik Christensen scored two goals for the Wild. It was odd watching the puck go into the net without seeing who shot it. If you are wondering what a goal celebration by Christensen looks like, here you go: 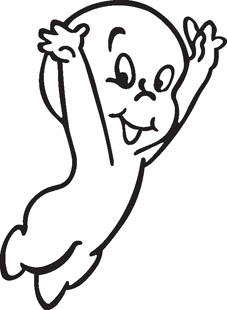 For every goal the Wild scored, the Flames had an answer. Despite the Wild finding some offense late in the game, it was too little, too late. With the Flames up 4-2, Devin Setoguchi scored to pull them within one, but the Flames would shut the door after that.

Matt Hackett needs to put in some time with Bob Mason if he is going to be the future of the Wild. He is a good goalie, but really raw. He over commits to the puck, leaving way too much net to shoot at on the back side. It also would help if his defense would, you know, play defense, but he needs to stay in position, or he is going to struggle in the NHL.

With that, you have the entirety of the game. About five minutes of anything happening, 55 minutes of dump and chase hockey. That about sums it up, ladies and gents. Hockey was played, the Wild lost.

The Bennett's Chop & Railhouse Stars of the Game: