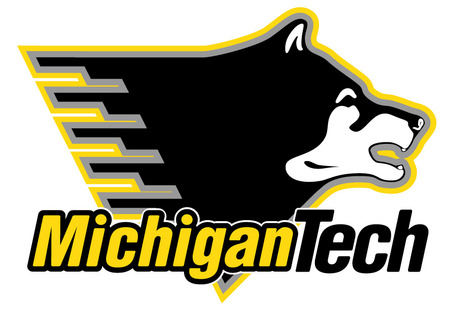 There was only one upset in the WCHA playoffs last weekend, and it was Michigan Tech which was responsible for it. The eighth-seeded Huskies beat fifth-seed Colorado College in two straight games, winning Saturday in overtime when Johnstone tipped in a Daniel Sova point shot to clinch Tech's first trip to St. Paul since 2007.

"We haven't been here in a while," first year head coach Mel Pearson said, "but I really attribute our success to our seniors."

Olson, the captain, and Baker have both suffered through injury-riddled seasons, both individually and in the team sense, during their years in Houghton. This year, both seniors have played in all 38 games for the Huskies.

If you're not overwhelmed by the scoring numbers listed above, it's because you aren't supposed to be. Tech isn't a one-line team in any way. When this team is playing well, it is because all the forward lines are contributing something.

"We're not a one or two-man team," Pearson -- the WCHA Coach of the Year -- said. "I think we really are the consummate team, where we have everyone contributing. Just a good solid team."

It's also a well-traveled team. The Huskies were swept in a two-game series by Colorado College March 2-3. Instead of returning home to Houghton (a tough trip to make from any WCHA city that the team needs a flight to get to), the team stayed in Colorado Springs for the week.

Against Denver on Thursday, Michigan Tech will be challenged to keep the good vibes going. The Huskies went straight to the Twin Cities after their series in Colorado wrapped up, so they'll have been in the Cities longer than anyone else -- except Minnesota, obviously -- when they drop the puck Thursday afternoon.

Denver brings some issues Tech will have to overcome. The Huskies have struggled to score goals this season, and Denver has allowed only nine goals in the last six games since a 4-3 loss to North Dakota on Feb. 24. As DU coach George Gwozdecky has noted, the players have been committed to becoming a better defensive team, and it's working.

For Pearson and his upstart Tech team, the fact that it's working could be a problem come Thursday afternoon. Of course, if Michigan Tech plays like it did in Colorado Springs, it will have a great chance to win. Waiting in the wings? A Minnesota Duluth team that Tech embarrassed 5-0 in Duluth in the teams' most recent meeting back in late January.

"We're the underdog," Pearson says. It's a label that seems to be a rallying cry for his group.