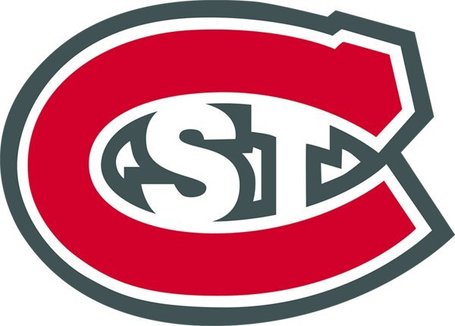 That St. Cloud State was able to earn home ice advantage in the WCHA playoffs was a great story.

That they parlayed that into a berth in college hockey's premier conference tournament is even better.

The Huskies were written off for dead weeks ago, with the assumption made that they would be unable to overcome injuries to their best player (senior captain Drew LeBlanc was lost for the season in November) and starting goalie (Mike Lee missed a big chunk of the season).

Instead, St. Cloud State never gave up, and a three-point effort the final weekend of the season against Minnesota Duluth, coupled with Nebraska Omaha going 0-4 in a season-ending homestand, put SCSU in position for home ice in the opening round.

"We sure had a good run," head coach Bob Motzko said. "We faced a lot of adversity. Injuries seemed to be a common theme for a handful of teams. We had awfully strong character. Getting Mike Lee back in goal has been a huge bonus for us."

Lee has been back since late January, and he's been playing exceptionally well for the last two weekends. The Huskies don't score many goals, but they play strong defensively and have been great in goal most of the season, even when Lee was hurt.

"Ryan Faragher, our freshman goaltender, had to carry it for 18 games to keep us in games," Motzko said. "We had guys like that who were able to step up."

Motzko also lauded Hanowski, a junior who became his team's best player when LeBlanc broke his leg in November against Wisconsin. LeBlanc hasn't played since, thanks to a setback in his recovery, and it's possible he will try for a medical redshirt so he can return next season.

"Whenever you lose a top player, it's a shock," Motzko said. "I felt he (LeBlanc) was off to having an All-American type season.

"It hit our guys. Ben Hanowski really came into his own. He's up to 22 goals. He took over in the locker room."

Against North Dakota, the Huskies will be challenged in every way. North Dakota has really cranked it up as of late, bolstering a strong defense with some superb puck possession that simply suffocates opponents at times. In order to keep this season going, SCSU needs a win. The Huskies are not a serious candidate for an NCAA bid, so they need the league playoff title and the automatic NCAA berth that comes along with it.

To do that, Motzko and his team have to find a way to beat the Sioux. Oh, and they'd have to beat No. 1 seed Minnesota in front of what promises to be a partisan crowd Friday.

Then again, St. Cloud State has earned virtually everything it's gotten since midseason. Maybe this isn't as big a challenge as it seems.