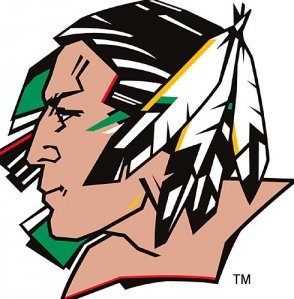 Stop me if you've heard this one before.

North Dakota started the season slowly, then proceeded to get white hot down the stretch, becoming one of the most dangerous teams in college hockey.

No, this isn't the formula UND used last year, when it was the best team in the country until Shawn Hunwick had something to say about it in the Frozen Four semifinals. But it's a familiar refrain in Grand Forks, and it works again this season.

The Fighting Sioux added a new twist this year, though, as Dave Hakstol watched player after player go down with injuries. The injury drama unfolded after prized recruit JT Miller bolted for the OHL after he got drafted in the first round by the New York Rangers last summer.

"I think it's a great reward for our players, coming out of a real tough first round playoff matchup," he said, "and a year where I thought our guys did a good job scratching and clawing for that home ice advantage."

North Dakota overcame a 4-7-1 start that saw the Sioux begin WCHA play a measly 2-6 by finishing league play on a 14-5-1 run. The Fighting Sioux won ten and tied once over their last 13 games, and swept Bemidji State in the first round of the league playoffs last weekend.

Through it all -- as well as through the well-publicized nickname controversy that Hakstol clearly had no desire to revisit this week -- the Sioux have kept their focus and haven't stopped working, which is a credit to Hakstol's coaching and his team leadership.

"Whether it's injuries or something else, you go through different types of adversity as a team," Hakstol said. "Injuries are no different. They give you a real good opportunity to grow as a team. It can become a bit overwhelming, when you look at what you have available."

There have been games this season where UND only had 17 skaters available (most teams dress 18 for games). Defenseman Ben Blood has played over 30 minutes in games, largely out of necessity. Since sophomore Derek Forbort returned from his lower-body injury, Blood hasn't seen as much ice time, but don't be surprised if he plays a lot in the Final Five. Hakstol knows he's capable, and he's one of UND's best players.

You'll see a lot of Brock Nelson, Corban Knight, and Danny Kristo this weekend, too. UND isn't a one-line team, but this is clearly the "go" line for the Sioux. They'll see a lot of ice time in key situations. Of course, if you focus too much on them, guys like Carter Rowney and Michael Parks will burn you, just like they did Bemidji State last weekend.

St. Cloud State is an interesting matchup for the Sioux Thursday. Neither team has great scoring depth, but both teams have been playing superb defensive hockey as of late. With the Aaron Dell-Brad Eidsness platoon peaking, and Mike Lee playing great for St. Cloud, it could come down to a bounce or two.

No matter who advances, Minnesota better be ready on Friday.