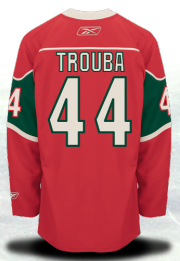 Is a fantastic rearguard with size, smarts and spectacular skating ability ... already a very safe NHL pick ... he can do a little bit of everything ... not overly flashy but rather plays a consistently effective game ... elite skater with good transitions and power in his stride ... mobile defenseman with length, strength and range ... pro-ready size and strength are going to be attractive to a lot of teams ... possesses a calculating, aggressive stance on the ice ... can deliver some devastating open-ice hits ... uses his size and strength to play the body and separate the puck from the opposition ... gritty in front of his net ... will usually dominate his opponents in the physical game ... possesses a pro-level slap shot that just jumps off his blade ... has some offensive skills, is a good passer with vision and a hard point shot ... has great hands ... sees the ice well and makes solid passes ... has the smarts and drive to keep developing his game to elite levels ... calm under pressure ... is extremely polished ... will join the rush, work the puck down-low and report back to his defensive post ... shows good decision making ... prides his game off his two-way play ... sharp defensive anticipation and hockey sense ... can be a factor in both zones ... has already proved himself against much older competition

Needs to learn to rein in the physical play at times and play with composure ... his offensive game is still evolving ... could use development with his in tight skills to give him that extra offensive punch ... there are some questions about his overall hockey sense ... needs to learn the finer points of playing defense ... 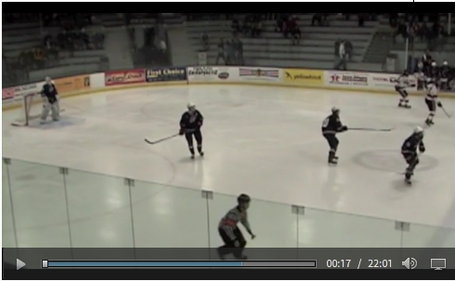 Thanks to Reel Hockey Scouting

In the very spot the Wild need to fill: a bluechip defenseman prospect.

More about him in the conclusion...

The Wild have Jonas Brodin, Marco Scandella and Jared Spurgeon as their future defensive core. While I love Scandella and Spurgeon, I doubt their ability to become sure-fire top pairing defensemen. Brodin is great, but thats just one guy. We need more.

And Jacob Trouba fills that bill.

He's big, he's mobile, he's strong, he's physical, and he has a decent offensive package that has yet to be realized ... but has the tools.

Now when you read the summarized scouting report, you may find that the strengths and weaknesses contradict themselves so this is how I see it:

But at pick #7, you have to expect prospects to come with some flaws but Trouba comes as safe as any draft eligible prospects come at this stage of the draft. Sort of reminds me of the time we drafted Marco Scandella; an all toolsy defenseman, except this time Trouba comes with a more polished package as well as a high offensive upside.

I can see a Trouba-Brodin pair in our near future. Trouba is my pick for the Wild, but that is if he makes it since I think he's the best defenseman that you can select behind Murray and that means he might be gone before the #7 pick. Fingers cross he falls to us!