Share All sharing options for: Wilderness Walk for 9-13-2012: Depression Setting In

The Walk is back, but that doesn't mean the news is. Today, we have a healthy helping of lock out talk. With just about two days left, we are definitely headed to lockout town, folks. We'll just see how long it takes to settle it. If you believe one of the reports below, you may want to start learning how the rules to basketball. Or curling.

But, here we are. The deadline is Saturday. Anyone still think this gets done in time?

Good luck with that. Make the jump.

Defending the Blue Line needs your vote. If you have a Facebook page, please take a moment and vote for DTBL. Click the link, click vote, and you're done. The entire process takes less than 10 seconds. You can be done there, or go ahead and share it with everyone you know, too.

Help us out, Wilderness!

Wild transactions on the horizon; NHL and NHLPA swap proposals as lockout looms | StarTribune.com - When you see Wild players on waivers, don't panic. When you see the NHL and NHL being asshats? GO ahead and panic.

First Round Bust: 2012 Minnesota Wild Prospects: #12 - Darcy Kuemper - Nice series that hopefully everyone has been keeping up with as FRB counts down their top prospects. Dan should have ours here soon. God willing.

Walk Out on the Lockout

The players "show of solidarity" is a waste of time | Backhand Shelf | Blogs | theScore.com - Agreed. As if the NHL is suddenly going to go, "Oh. Man. They all flew to the same city. We should just cave now."

NHL saves face, but CBA offer to players can’t save start of season | Puck Daddy - Yahoo! Sports - The offer does give a bit of PR back to the league, but not nearly enough.

NHL agent suggests work stoppage could last year and a half | Puck Daddy - Yahoo! Sports A year and a half? A YEAR AND A HALF? I'm going to start cussing. We'll just move on.

Bob McKenzie: Owners, players aren’t "even in the same universe." | ProHockeyTalk - Awesome. Of course, when I said that, you know the entire time this has been going on, I was told I was a pollyanna.

Rosters unveiled for All-American Prospects Game | ProHockeyTalk - Some of you probably care about this.

Edmonton city council to Oilers: No more money for you | ProHockeyTalk - No comment. Just... this: 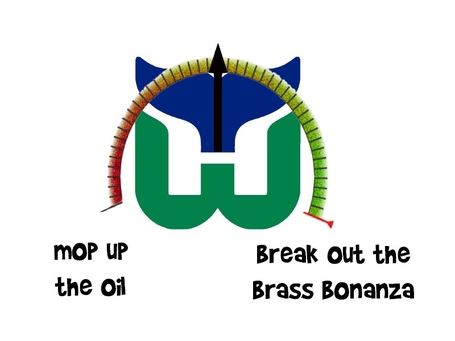