Notre Dame hockey player and Wild prospect Mario Lucia's sweater (and others) will be auctioned off to benefit Defending the Blue Line.

The Notre Dame Fighting Irish men's hockey team is running a sweater auction through January 31, to benefit a cause near and dear to our hearts here at Hockey Wilderness, Defending the Blue Line. There are are full team worth of sweaters, but for Minnesota Wild fans, you will want to cue in on good ol' number 22.

That sweater belongs to none other than 2011 second round pick Mario Lucia.

This sweater has so much going for it, it is difficult to list all the reasons. Other than the fact that the auction benefits DTBL, helping military kids play hockey, and the fact that it will be game worn against Ferris State this weekend by a Wild prospect, the sweater is also a one of a kind, custom designed sweater. Yes, custom designed by Notre Dame senior Nick Larson of Apple Valley Minnesota.

Finally, the winning bidder has the option of having the sweater signed by Lucia and one other player. (NCAA rules state they must be signed by at least two players.)

Larson had this to say about the auction (via Notre Dame Hockey's website):

"My dad is involved with Defending The Blue Line which is based in Minnesota," said Larson.

"I've done some things in the past with them, like skating at events with groups of other college and NHL players to help raise money for this cause."

"The idea for the jersey auction was based on what Kevin Deeth did a few years back with the Wounded Warriors and then knowing about Defending the Blue Line gave me the idea to put the two things together," says Larson.

"The last jersey auction that the Notre Dame hockey team was involved with was a huge success due to the contributions of our fans, former players and alumni. I can't think of a better group - our servicemen and their families - to try to raise money to help them for all the sacrifices that they make for our country."

Head over and bid up the sweater of your choice, but we have a feeling Wild fans may have a particular interest in the #22. 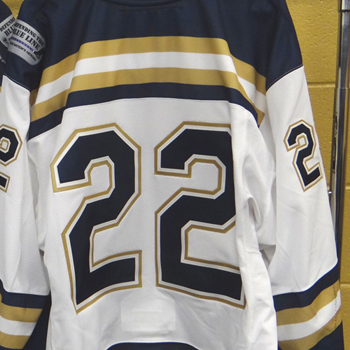 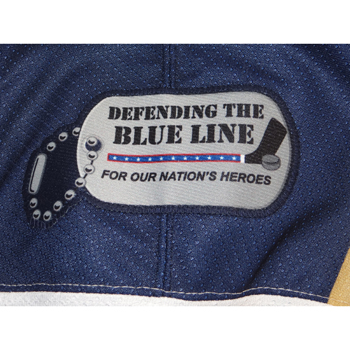 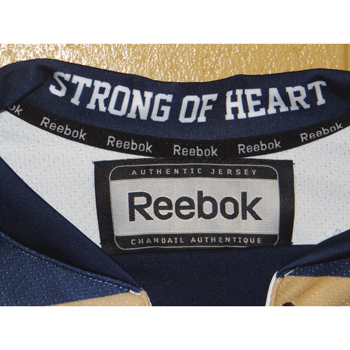