The Wild take on the Lightning and it should be pretty good, right? 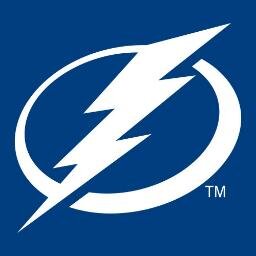 The Wild head to Tampa Bay tonight to face-off against the Lightning. The Lightning have gotten out to a decent 4-2 start, better than the Wild's anyway.

Tonight's major news is that Nicklas Backstrom will be returning to the team, though he'll be Josh Harding's backup. Expect him to make a start in the near future, as Harding has had a pretty significant workload since Backstrom went down. Also news for tonight's lineup: Nate Prosser and Keith Ballard won't be playing, which means that Marco Scandella and Mathew Dumba will be playing tonight.

On the Tampa Bay side, Martin St. Louis is a game-time decision with a mysterious lower-body injury. Brett Connolly skated with Steven Stamkos and Ryan Malone in practice today, and if he plays instead of St. Louis, it'll be interesting to watch, as he's a top prospect with loads of offensive talent.

1. We've seen the shots coming. When will the gorram goals come?

2. With or without Marty St. Louis, Steven Stamkos makes the Lightning power play incredibly dangerous. Will the struggling Wild penalty kill be able to slow them down?

3. Will Dany Heatley get out of the doghouse tonight?

4. Can Josh Harding keep up his stellar play?

5. Can Mathew Dumba do enough to make this not be his last NHL game?