Tonight, the Wild power play looked like a legit, lethal power play. The first unit generated lots of shots and chances at the net. The Wild finished the night 2-for-4 with the extra man with Zach Parise scoring the first of his two goals and Jason Pominville scoring by getting the benefit of a defender's stick redirecting the puck through Duck's goalie Jonas Hiller.

The first power play goal came on a broken play. After winning the face-off in the offensive zone, the puck ended up on Pominville's stick at the right point. He then sent a rink-wide pass that tip-toed the blueline over to Ryan Suter. This is where the broken play comes in - Suter missed Heatley with a pass in the left face-off circle and the puck ended up heading behind the net. Mikko Koivu quickly jumped from his spot in front of the net to get the puck and dished a back hand pass to Parise who was busting down the slot for the goal. After watching the replay a number of times, what makes this first goal so great by Parise is his hustle. Parise had one defender on his tail chasing him through the slot and the defender that let Koivu go a retrieve the puck, plus the goalie. Parise had to have been yelling for the puck, because for Koivu to know Zach was there to attempt the kind of pass he did. 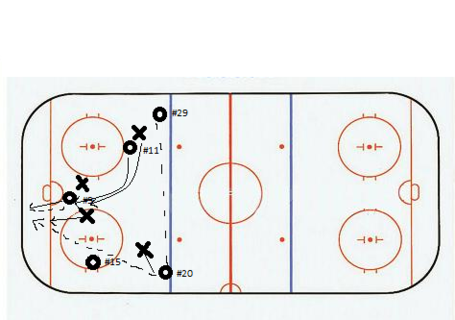 For the second power play goal, it was just great positioning for the face-off and the benefit of a lucky bounce. Pominville was setup as the left point-man for the face off and was setup in the high slot. After Saku Koivu for the Ducks was tossed out of the face-off circle for failing to put his stick down, Daniel Winnick would come in to face Mikko Koivu. Koivu, who is posting a 69.6 face-off percentage, would lose this one, but in the scrum, the puck would squirt out right to Pominville. What helped Pominville get so wide open was the fact that the face-off was tied up in the circle and both the defenseman and right winger would be drawn into the circle and would end up getting into position a little tardy. The defenseman that was late to get into position would reach with his stick to attempt to block the shot, but instead deflected into his own net. 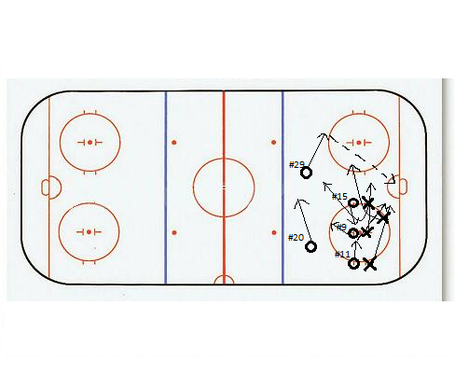 Through two games, the Wild are now posting a 33 percent power play convergence (3-for-9). This improvement could be attributed to the top line coming alive. It could also be attributed to some of the changes done in the offseason that seemed to indicate there is more of a frantic swarming pace to the power play. As I wrote early in the offseason, improvement on the power play for the Wild should translate in to more wins. While the winning part has yet to be determined, the Wild have been able to be competitive against some really tough teams, and probably should have won those. If the Wild can shore up its defense a bit, you should see the wins start coming.