The Stanley Cup Final is set to begin Wednesday with the Chicago Blackhawks hosting the Boston Bruins.

Share All sharing options for: Wilderness Walk 6-9-2013: Because it's the Cup Edition

Good morning Wilderness, and welcome to the start of the Stanley Cup Finals. Games begin this Wednesday in Chicago which means we do not have to wait for West Coast start times, they ended when the Kings run at the cup did. We also continue our 2013 Hockey Wilderness Mock Draft shortly, so stick around folks, the fun is just starting.

Adversity made Harding stronger | Leader Post
A feature on Mr. Harding coming from North of the border.

First Round Bust: #NHLDraft2013: Onward To The USHL
Take a peak into some 2013 High School draft prospects.

Chicago Blackhawks end Kings’ reign to win conference title on Patrick Kane 2 OT goal, hat trick | Puck Daddy
Kane with the OT game winning hat-trick goal. Is it just me or does Kane and his playoff beard remind you of Hans from the bad Tom Hanks movie The Burbs? 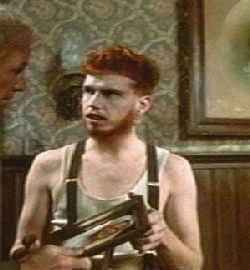 Blackhawks, Bruins in 1st Original 6 matchup in Cup finals since Canadiens, Rangers in 1979 | StarTribune.com
The Chicago Blackhawks have joined the Boston Bruins in the Stanley Cup finals, featuring Original Six NHL franchises for the first time since 1979.

Lucic says Iginla’s decision ‘lit a bit of a fire’ for them | ProHockeyTalk
I just think the whole situation is hilarious. You know Iginla is thinking to himself "Why did I listen to my agent?"

Oilers fire Ralph Krueger; Dallas Eakins the next head coach in Edmonton? | Puck Daddy - Yahoo! Sports
Edmonton is keeping the rotating door greased up for some heavy use.

If Penguins fire Bylsma, Rangers ready to pounce | ProHockeyTalk
Of course, he has to be fired first. Sounds like the Rangers are getting a little ahead of themselves.

Stars sign Gonchar to two-year, $10 million deal | ProHockeyTalk
The 39 year-old Gonchar was reportedly thinking of playing in the KHL after the Dallas Stars acquired his rights.

Report: Mike Babcock returns as Team Canada coach in Sochi | ProHockeyTalk
Fortunately his team will not have to face a game 7 in the Olympics.