Who we might see in a Swarm uniform next year

The NLL draft is coming up on September 16, 2013 at the Toronto Rock Athletic Center in Toronto, Ontario. The Minnesota Swarm have 9 picks, including 4 in the first round. I'll be back later with more on the draft, as well as providing complete draft coverage.

For now, let's start by taking a look at who you might see in a Swarm uniform for the 2014 season. Today, we'll look at prospects16-20.

Jackson is a freshman at ASA College.  He is 6'2" and 185 lbs.   He is a midfielder/attack player.    He is from Victoria, British Columbia.   He has been named to the BCJALL first team all star, a finalist for junior player of the year, and has a BC Summer Games gold medal.   His team was also second in the Minto Cup championship in 2008. 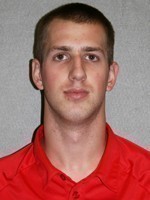 Houtby is a defenseman from St. Catharines, Ontario.  He is 6'3", 180 lbs.  He attends University of Detroit, Mercy.   He was named Detroit defensive player of the year and Co-MAAC LSM of the year.    He was selected Detroits first USILA scholar All American and was on the South squad in the USILA North-South All Star game.   He earned MAAC LSM of the year 2 years in a row.  He was named to the second team all MAAC, MAAC all tournament and team MVP.

Durkin attends Johns Hopkins University.   He is a 6'2" defenseman weighing 210 lbs.   He is from Huntington Valley, PA.   He has started every game of his career.   He won the William C. Schmeisser award as the nation's top defenseman.   He was also named to first team All American.  He was named to Second team USILA All American.  He also plays for the Hamilton Nationals of the MLL where he was the third overall pick.

Cockerton is from Oshawa, Ontario and attends the University of Virginia.  He is an attack player who is 5'11" and 190 lbs.   He has appeared in 18 games for UVA.   He played on the Canada U19 National team and was a member of the Whitby Warriors Jr A lacrosse squad.  He was also named an All-Ontario performer.    He is the son of Canadian lacrosse hall of famer, Stan Cockerton.

And finally, we have Scott Jones.

Jones is a sophomore at University of Maryland, Baltimore County.   He is an attack player from Port Coquitlam, British Columbia.   He is 6'4" and 215 lbs.   His freshman year, he played in 12 of 13 games.   He was also selected as a Junior A British Columbia First Team All Star in 2009.