Don't tell Ilya Bryzgalov, but a Bruin is a bear!

Tonight the Minnesota Wild will faceoff against the Boston Bruins in a St. Patrick's Day event at the TD Garden in Boston. The Wild are getting a red-hot Bruins team who has won their last 8 consecutive games. It's about time somebody knocked them down a peg, wouldn't you agree?

It won't be easy, but for Charlie Coyle it will basically be a home game as he will have an entire section reserved for friends and family. Hopefully he shows a big game for those that are making the trip to see him battle against his favorite team.

Not much new surrounding the team that doesn't involve the Coyle homecoming extravaganza. We do have the Big 10 Tournament seeding being announced as well as a man eating his hat. Enjoy the walk!

Wild's Charlie Coyle to make Boston homecoming before family and friends - TwinCities.com
Coyle will be back in his old stomping grounds tonight hoping to walk out of the Garden with a win against his favorite team. 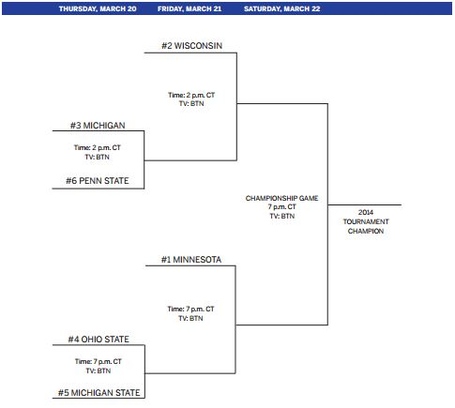 Watch Stan Fischler eat his own hat because Ryan Callahan was traded (Video) | Puck Daddy - Yahoo Sports
I wish Don Cherry would make a bet that he would eat one of his suits.

Who'll make the playoffs in the NHL West?
The Western Conference is essentially the 100-point club. Six or seven of the eight playoff teams will top that mark this season. The No. 8 team could end up with 95 to 97 points.

The Official Website - Boston Bruins
Make sure to stop by the Bruins website for all the latest official team news.