Wild @ Avalanche Preview, Game 7: Been There, Done That

The home team has taken every game of this series, yet, the Wild have controlled most of this series. Thank you Lord-Stanley for game sevens!!!

Share All sharing options for: Wild @ Avalanche Preview, Game 7: Been There, Done That

Tonight in Denver, the Minnesota Wild and Colorado Avalanche will play a game seven for the second time in thirs playoff meeting between the two teams. We all know how the first one went... More importantly we all know who was between the pipes 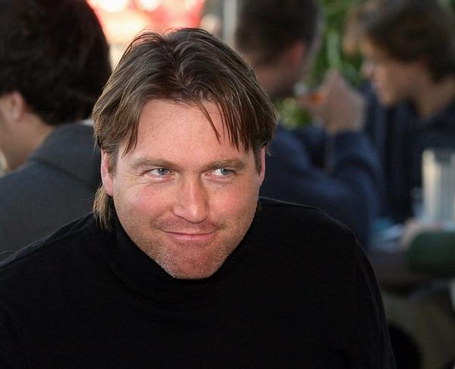 In the eleven meetings this regular and post-season, Colorado has only outshot Minnesota in game five. Dany Heatley has earned his 4th line grind and registered a game-high four hits, as the Wild outhit the Avalanche, 32-18, in Game 6. How about our boy Dany, he's really been earning that exquisite contract. But game six belonged to our 98 million dollar man and hero Zach Parise, as he set a playoff career high and a Wild playoff single-game record with four points (2-2=4) in Game 6. Ryan Suter also played in his 50th career playoff game on Monday. He assisted on both of Parise’s goals, he logged more ice time than any skater during each game this series. He’s second in the NHL in TOI/game this postseason, averaging 29:52 TOI/game. (thank you Chuck)

Kuemper ranks second in the NHL with a 1.53 GAA and fourth with a .934 SV% this postseason, stopping 99-of-106 shots in parts of five games. In Game 4, he saw this postseason’s shutout streak end at 124:11, setting a franchise-playoff record for longest shutout streak in one season. With the Wild dominating the better part of this series, I don't see the Wild dropping this game, despite the favorable number for teams with home-ice. Its Lord Stanley for god-sakes. Crazier things will happen. Like blowing two goal leads... Chicago awaits the winner, and the Wild are ready. First, its time to put the kids to bed for good, and put the friendly Varmolov and Roy packing.