Thomas Vanek hasn't quite had the season he, and we, were hoping he would. What's the cause? Could it be chemistry, or perhaps something else?

Share All sharing options for: The Thomas Vanek Vanishing Act: Fact or Fiction?

Thomas Vanek is maybe the most polarizing figure on the minnesota Wild. More than Koivu, more than Yeo, there is a divide in the Wild fanbase where Thomas Vanek Stands, and the divide is too deep to be filled, even by the piles of money he's lost gambling.

Yet, regularly the statement is thrown out- "if you're upset about what Vanek is doing, you haven't been paying attention," or something to that effect. So, let's examine that- is Thomas Vanek exactly who we thought he was, is he playing worse than before, or is he playing better than before? Let's look at some numbers and see.

All of the following stats are from War on Ice and are at 5v5 and are adjusted for score effects. I've split the numbers by TV's time Before he was with the Wild (BF) and this season. 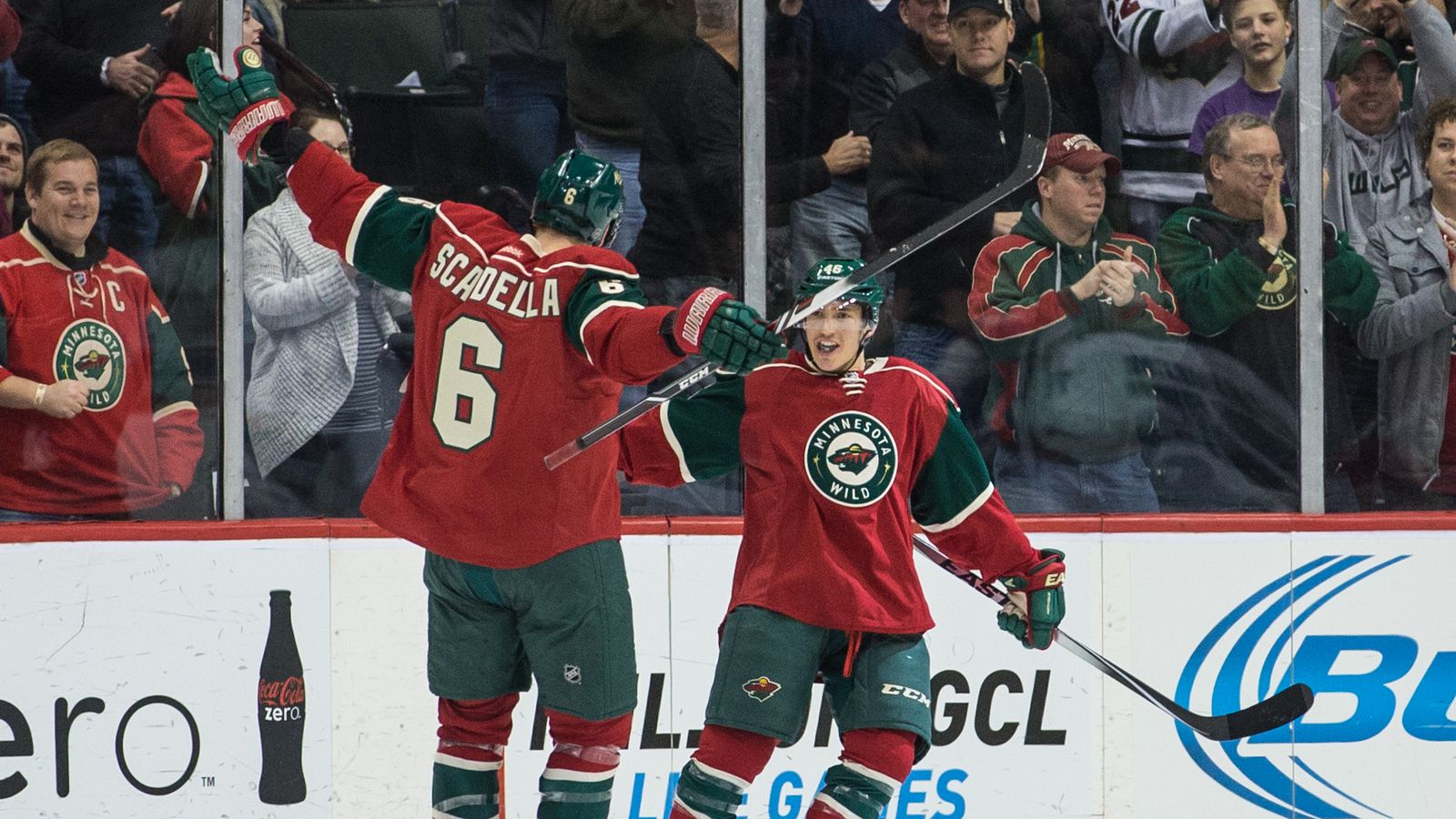 Well.... that's not good. He's scoring less than half at his normal rate in terms of goals, his assists/60 is down... but wait- he's controlling play better, so theoretically, he is helping the team win? Until you get to the Goals-for %, and we see that he is letting in 8.2% more goals than he is helping score... so things aren't good.

Further, Vanek's TOI is down. What isn't shown in this chart is shown over at Hockey Analysis. It shows that, of Vanek's 606:50 on ice, the most he has played with a non-goalie is 255:17 with Ryan Suter. The most he's played with another forward is 147:12 with Mikael Granlund. In other words, Vanek has spent less than 25% of his time on the ice with the same linemates. Granted this is a symptom of not showing immediate chemistry with another player, but he has not had any time to settle in.

One thing that doesn't show up in the numbers is things like this. If you click that link, you'll see an interview with Vanek's linemates in Montreal saying that it took time to adjust to Vanek's play... time that no one in Minnesota has had.

It's not hard to see that Vanek's horrid sh% has affected his game. He's always been a proficient passer- as indicated by his decent A/60. He's attempted some absolutely insane passes this season, probably because he has lost some faith in his shot. This seems preposterous to say of a player who has shot north of 11.5% over the course of his career, but he has had just unbelievably bad luck this season.

What's the solution? Good question. Is there a way to "solve" luck? The really baffling part of this is the complete lack of "chemistry" between Vanek and his linemates. Personally, I don't give a lot of credo to "chemistry"- I think it's more a result of good players playing together and/or knowing how a system functions well. If someone can just "find" someone else, it's probably because they play the same system very well.

That said- I find it more likely that Vanek either isn't comfortable in the Wild's system, or some other players haven't been playing it well enough. Given the number of teams Vanek has bounced between in the past year, that wouldn't be all that surprising- especially when you consider how drastically different the Wild has been this season in different months.

Then again, maybe his poor sh% is why he's bouncing around so much too.

Ultimately, Vanek's No-Move Clause more or less guarantees that he'll be a member of the team for the next few years, so hopefully Yeo and company can figure out how to help him find his game. They have a great player on their hands who has had some bad luck and some struggles, now it's their job to help him get them back.