Devan Dubnyk is Being Perfectly Reasonable

While $5 million a year might seem like a ridiculous salary for Dubnyk, a look at the Wild's situation and the market for goaltenders suggests otherwise.

Share All sharing options for: Devan Dubnyk is Being Perfectly Reasonable

It didn’t take long for the general fan opinion to change on Devan Dubnyk- all he had to do was ask for money.

Devan Dubnyk and the Minnesota Wild are reportedly not close in their contract negotiations. Reportedly, Dubnyk is seeking a salary of ~$5 million, with term. The Wild, who are so strapped for salary cap space that they (wisely) decided to part ways with Matt Cooke yesterday, are not prepared to make such a commitment to the Vezina-finalist goaltender.

It is at least somewhat surprising that the two sides aren't closer to completing a deal. While Dubnyk was busy saving the Wild's season (and possibly some jobs along the way), reports were fairly emphatic that Dubnyk and the Wild were so happy with their current situation that getting a mutually-beneficial deal completed in the offseason was more or less a formality.

Obviously, while the situation isn't quite dire, it's certainly not the rosy picture that was painted when the Wild went on a torrid stretch of winning that catapulted Minnesota into the second round of the playoffs.

If Fletcher can't afford to give Dubnyk a reasonable deal, that's Fletcher's problem, and Fletcher's alone.

Already among some Wild bloggers (and I would assume some Wild fans), there's backlash coming against Dubnyk for his purportedly unreasonable demands. This is nothing new. In any fanbase, fans invariably side with the team over the player in just about every contract negotiation. Last season we saw the team and media vilify Darcy Kuemper, and to a lesser extent Nino Niederreiter when their negotiations went deep into the summer.

This whole phenomenon, of course, is ridiculous. It was silly last year when we did it to Kuemper and Niederreiter, and any backlash towards Dubnyk over the summer will be similarly absurd.

Dubnyk has every reason and right to pursue the best deal that he possibly can get for himself. Remember, we're talking about a player who, one year ago, was wondering whether he was going to have an NHL job. Does it not make sense, given he's faced the prospect of his career ending, that he'd try to get as much security as possible? He'd be dumb if he weren't trying to do this.

Also absurd is the notion that $5M is outlandish for a starting goaltender in the NHL. As it stands right now, 16 NHL goaltenders have a cap hit that exceeds that level. This includes Cam Ward, Ryan Miller, Kari Lehtonen, Marc-Andre Fleury, and Mike Smith. All five of those goaltenders are considered mediocre at best. What's more, in January the Wild reportedly had interest in trading for Ward, whose contract goes into the 15-16 season, when he earns $6M. 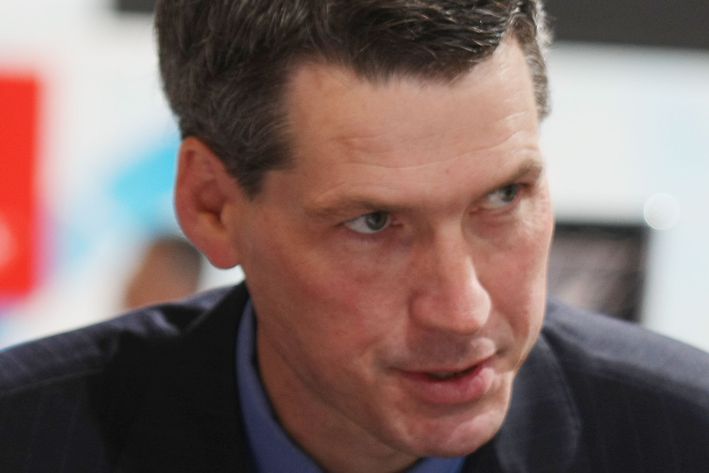 We spell out what the GM needs to do to improve the team this offseason.

This is all without mentioning the fact that Dubnyk's would-be backup, Niklas Backstrom, is potentially going to make $4M for not even playing next season. Can one reasonably expect Dubnyk, after saving the Wild's season, to accept less than what they're paying their ineffective backup? No. And from there, we're talking about a difference of only $1M. Are you actually going to go test the waters with Karri Ramo over less than 2% of your salary cap?

It's tough to blame Dubnyk for seeing himself in a similar situation as Sergei Bobrovsky was two years ago. Bobrovsky had decent success early in his career, had a terrible year playing behind terrible defenses, and became a Vezina-caliber goalie in a better situation. Like Dubnyk, Bobrovsky's career year came in less than a full-season's worth of work. Yes, "Bob the Goalie" was admittedly younger than Dubnyk, but in fairness to Dubnyk, the salary he's asking for is over $500K less than what Bobrovsky ended up commanding.

I'm not saying that Wild General Manager Chuck Fletcher should hand Dubnyk a blank contract and tell him to fill in his preferred terms. Fletcher, too, must do what he feels is right for the club. He has to be able to field the best team possible, and he has to do it within the limits of the salary cap, which is not an easy task. It's possible that this will require not giving Dubnyk the contract he is looking for, even if it means looking elsewhere.

But Dubnyk, his agent, and his asking price are not the problem here. The problem is that Fletcher has limited cap space on this team by handing out contracts to aging veterans that have not benefitted his team to this point (for example, Niklas Backstrom, or Thomas Vanek).

If Fletcher can't afford a reasonable contract (Say, a 2-year, $10M "show-me" contract) to a goalie who had given the Wild stability between the pipes for the first time since 2013, he has only himself to blame, and the ire of the media, bloggers, and fans should go towards Fletcher, and Fletcher alone.