Devan Dubnyk Deal was a Risk Worth Taking

"The Dub" got a reasonable contract, and his track record is better than you think.

Share All sharing options for: Devan Dubnyk Deal was a Risk Worth Taking

The last 24 hours have been quite the whirlwind for the Minnesota Wild. First, it was announced that the Minnesota Wild would be the landing spot for coveted free agent Mike Reilly. Then, of course, the draft happened, which is always quite busy.

And now, Offseason Priority #1 has been taken care of. The Wild have agreed to terms with Devan Dubnyk, with the deal giving Dubnyk 26 million dollars over 6 years (4.33 AAV).

Devan Dubnyk's story is well-known and has earned him a Bill Masterton Trophy, but just in case you've lived under a rock, here it is: In a contract year, Dubnyk fell on his face. He couldn't stop the puck in Edmonton, and was traded mid-season to Nashville, who needed an injury replacement for Pekka Rinne. He continued to be terrible in Nashville, and was traded to Montreal, where he was buried in the AHL as a backup for the Hamilton Bulldogs.

Dubnyk signed with the Arizona Coyotes as a backup on a 1-year, 800K deal - near the league minimum - trying to rebuild his value. And rebuild his value he did - posting a .916 save percentage in Arizona before the Wild traded a 3rd-round pick to acquire him in January.

Dubnyk had a great track record of success in Edmonton, even if the players in front of him were a dumpster fire.

You know the rest. Dubnyk became the lynchpin in the Wild's second half success, where they surged from the bottom of the standings to a playoff spot. Along the way, Dubnyk's suberb play elevated himself into a Vezina nomination, and even some Hart Trophy talk.

He also went from a Free Agent afterthought last season to being considered the top option at his position this season. All of a sudden, Devan Dubnyk was in position to get a lot of money and security for himself.

On the other side of the negotiating table, Chuck Fletcher was hoping to get a good deal on his new goalie. The Wild are up against the upper limit of the salary cap for the foreseeable future, so the priority for Chuck Fletcher was to not overpay on this contract.

Many in the State of Hockey also were nervous about overpaying Dubnyk for his breakout season in Minnesota. Pointing to the fact that his disastrous 13-14 season ended with him out of the league, as well as the fact that the run he had in 14-15 is (almost certainly) not repeatable, many felt that giving Dubnyk the $5+ million salary or the amount of years he was looking for (reportedly 8). 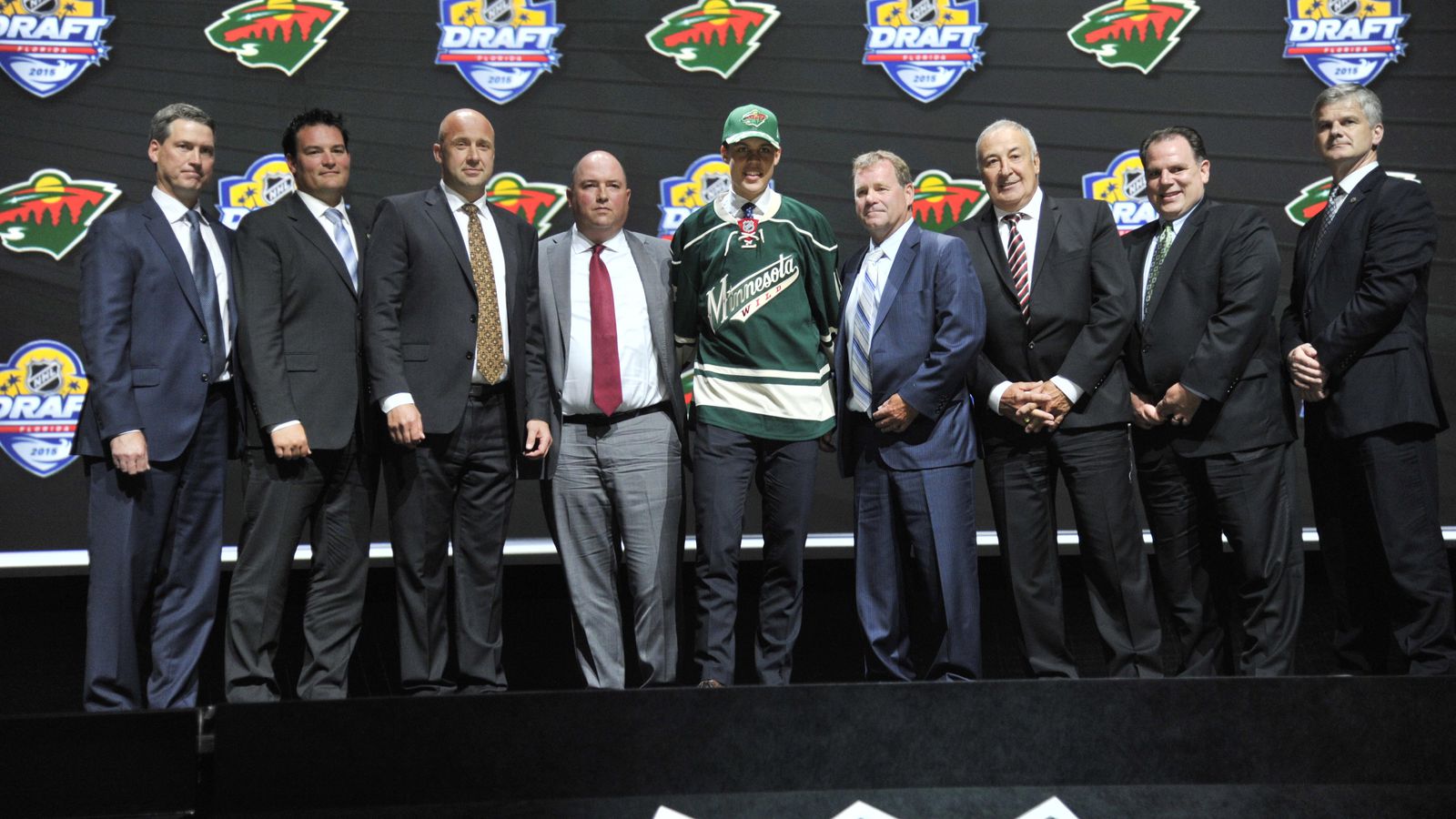 Profiles on each prospect the Wild drafted this weekend.

These concerns are legitimate, in that signing a veteran player for a 6-year deal is inherently a risky proposition. But the fear that Dubnyk is an average goalie is fairly unfounded. Before his disastrous 13-14 season, Dubnyk had a great track record of success in Edmonton, even if the players in front of him were a dumpster fire.

From the 10-11 season to the 12-13 season (of goalies with 3000+ minutes), Dubnyk was 21st out of 42 goalies in 5v5 Save Percentage (92.38). Now On the surface, this is a middle-of-the-pack performance, but the raw numbers really do not convey the degree of difficulty that Dubnyk faced behind the Oilers defense.

In that span, the Oilers were one of the worst defenses in hockey. Not only in terms of the amount of shots they allowed, but the quality of chances allowed. The Oilers were 3rd-worst in the league in High-Danger Scoring Chances, allowing 12.6 of them every 60 minutes.

Luckily, Adjusted Save Percentage accounts for not only the amount of shots a goalie faces, but the quality of chances they are asked to stop. Once you account for that, Dubnyk's 5v5 Sv% goes up to 93.35, which puts him 11th out of those 42 goalies. This was identical to Jimmy Howard, and better than Carey Price, Jonathan Quick, and Pekka Rinne in that stretch. It's safe to say that the meltdown he had in 13-14 was a complete anomaly.

The cap hit might seem like quite a bit, as the Wild have been getting goaltending on the cheap for the last couple of years, but Dubnyk's cap hit of $4.33M per year is completely reasonable, and it could easily prove to be a bargain for the next couple of seasons. Dubnyk's cap hit will be the 20th most in the league, meaning the Wild are paying less for Dubnyk than Carolina pays for Cam Ward, Vancouver pays for Ryan Miller, and Arizona pays for Mike Smith.

Everyone seems to have gotten what they want with the framework of this deal. Dubnyk got security, which he'll find welcome after being out of the league at the end of last season. Chuck Fletcher got a bit of relief against the salary cap (and he didn't even need to include a No-Move Clause to do it!). The players get stability in net for the first time since Josh Harding's MS diagnosis.

Again, this deal has risk associated with it. We don't know if Dubnyk will be able to be healthy for the next 6 seasons. We don't know if he'll be a solid player at the end of his contract, when he'll be 35. But when you look at his track record, his value to the Wild in the near-term, and his cap hit in comparison to the rest of the league, this is a risk the Minnesota Wild pretty much had to take.