Cheap Free Agents and Where to Find Them: Goalies

If the Wild want to move on from Darcy Kuemper, there are plenty of cheap options on the market to back up Devan Dubnyk.

Share All sharing options for: Cheap Free Agents and Where to Find Them: Goalies

With the Wild so close to the Salary Cap limit, you shouldn't expect to see the Wild sign Mike Green, Antoine Vermette, or Paul Martin in the coming weeks. Since the Wild don't have the ability to court Free Agency's biggest names, we'll take a look at some cheaper options that might out-perform their next contract.

The Minnesota Wild solved their goaltending problems before the Free Agent Market officially opened, inking Devan Dubnyk to a 6 year, 26 million dollar contract. So why would they even be interested in a goalie in Free Agency?

The signals coming from the Wild and the media indicate that with Dubnyk in the fold, they may choose to move on from Darcy Kuemper. And while I don't think that's a good idea, you can also see where they're coming from. Unless something goes terribly wrong with Dubnyk, Kuemper will not be a long-term starter in Minnesota. They aren't able to send him to the minors, and his play last year was so poor that the Wild front office may have just lost all confidence in his ability to even make 20 starts next season.

Devan Dubnyk Deal Was a Risk Worth Taking 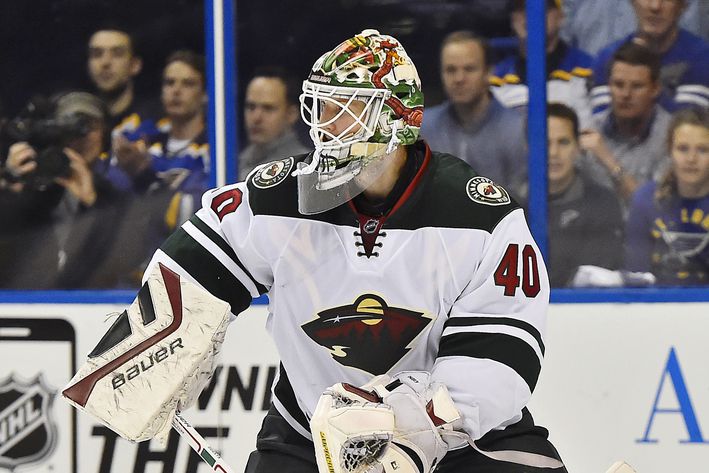 Was 6 years, 26 million for Dubnyk risky? Probably. But the Wild didn't have a safer, better option.

If they do end up trading Kuemper this offseason, they will need a backup to replace him, as Niklas Backstrom's performance was the worst of any goalie who logged 500+ minutes last season. The Wild can't afford to play Backstrom (who can't be bought out), and will need to get a backup, even if it means having 3 goalies on the roster.

With that in mind, here are some unheralded, cheaper options in Free Agency that should be able to help the Wild if they trade Kuemper.

Greiss, who hails from Germany, didn't have a particularly impressive 14-15 in Pittsburgh. His .908 Sv% put him behind Curtis McElhinney and Anders Lindback on the year. But looking beyond last season, Greiss' track record suggests that it was only a blip in the radar. In the last 4 seasons, Greiss' 5v5 Adjusted Sv%* (93.27) was 15th out of 51 goalies who logged 3000+ minutes. This is a better mark than Roberto Luongo, Sergei Bobrovsky, Jaroslav Halak, and Corey Crawford.

Greiss has been pegged as being a career backup thus far in his career, but that should suit the Wild just fine, as they don't need anything more than a backup. Coming off a so-so year where he made just $1M, it would seem like a good fit for the cap-ceiling Wild.

Neuvirth's cap hit might price him out of the Wild's range, the crowded market for goalies might push Neuvirth right into the Wild's lap. Neuvirth's young, has decent size (6'1"), and has had stretches where he's looked like a good goaltender. Heck, he even managed to put up a .918 Sv% in Buffalo last season (in 27 games).

Given a shot to be a backup behind a better team in the New York Islanders, Neuvirth floundered a bit (.881 Sv%). But his overall performance in the last two seasons should lead teams to give him a look. His Adj Sv% the last two seasons (93.04) is better than every free agent, barring Greiss, and neck-in-neck with Provincial Wild Fan Dream Trade Target Alex Stalock. If he has difficulty finding work this summer, the Wild would be smart to get him on a short-term deal and bet on his upside.

If you're looking for the "Next Devan Dubnyk", this would be who I bet on. Like Dubnyk, Enroth fell flat on his face in a terrible situation (Sv% of only .903 starting for Buffalo) and continued to struggle after being traded mid-season. Also like Dubnyk, Enroth may find himself relegated to a backup role next season, as the market for NHL goalies is very saturated.

Enroth shares another strong resemblance to Dubnyk: a track record of success. In fact, they've been very similar in performance over the last 4 seasons.

Enroth's performance placed him just 27th of the 51 goalies who had 3000+ minutes at that time, but that still eclipses hot trade commodities in Frederik Andersen and James Reimer, as well as Free Agents Antti Niemi and Karri Ramo, who will certainly command more money than Enroth. And Enroth is only 27.

It's since been reported by Michael Russo (of the Star Tribune) that the Wild had the option of trading for Dubnyk or Enroth for a 3rd-round pick. The reason they opted for Dubnyk was size- they liked that Dubnyk was 6'6", and didn't think 5'10 goalies like Enroth can succeed in the NHL. But if the Wild put aside their size bias on Enroth, they could sign him on the cheap and even get an asset for him were he to flourish in Minnesota's defensive system.

*Adjusted Save Percentage (from WAR on Ice) takes regular Save Percentage and adjusts for the quality of shots faced. It exists to give goalies who play behind porous defenses (like Edmonton) an even playing field with teams that play behind sound defensive structures (like Minnesota).