The Wild begin their 3 games in 4 night through the west coast gauntlet tonight in Anaheim. Prepare for a very tired week at work!

Well, it's a slow news day for Minnesota hockey fans with the Wild mired in their slump and facing another team that knows a thing or two about them.  The Anaheim Ducks have been in a season-long slump and could be a good tonic for a Wild team that has seen better days.  This season isn't quite circling the toilet bowl just yet, but this would be a tough patch for a team playing well with 3 games in 4 nights straight through the California hockey gauntlet.  All three games will be a challenge for the Wild in facing big, strong opponents with a physical brand of hockey that can wear teams down.  Sad to say that any points that come out of this trip might actually surprise a few fans out there.  Let's just hope the past couple days, the team got whatever it was they needed, show up and turn some heads.

The Price Is Right: What Does a Cup Cost? 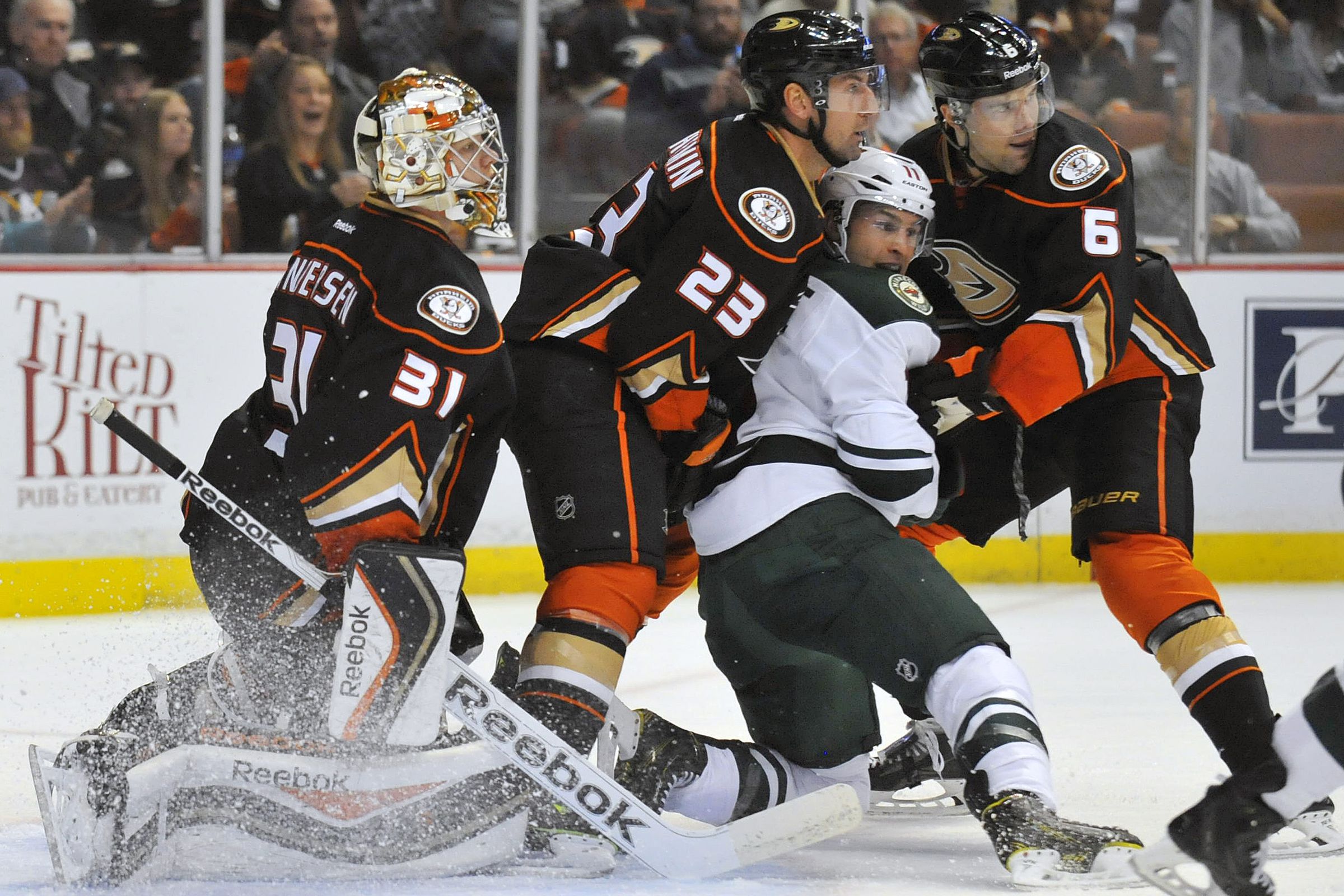 What is the winning formula?

If you didn't already know, John Scott will be allowed to participate in his original slot as Captain of the Pacific Division at the All-Star Game as the league demonstrates its resemblance to the ever popular beach footwear known as "flip-flops."  I'd like to count that a win for decency, but Scott's treatment by the league up to this point erases all possibility of relating anything decent to the situation.  At least I can watch the game without feeling dirty now.  There's still plenty of trade chatter to review and injuries happening that could impact the future of your Minnesota Wild.

I leave you today with a tribute to yet another fallen guitar hero, Glenn Frey.  While many others have attempted this song, no one does it like the original. RIP Glenn.

Who Should the Wild Target? - Articles - Articles - Homepage - Wild Xtra
WX takes a crack at some trade targets for the Wild

On the Frozen Pond

For the love of the pond
From the land of 10,000 pond hockey rinks

John Scott will remain All-Star captain as NHL makes it right | Puck Daddy - Yahoo Sports
Still too little too late, but at least the NHL is trying to be better.

30 Thoughts: It's time to move on from the John Scott saga - Sportsnet.ca
#6 is interesting.

McDavid won't rush back due to Nugent-Hopkins' injury - Sportsnet.ca
Goodnight to the RNH to MN rumors. For now.