Today I'm gonna look at the individual cumulative average Corsi relative for the Wild's defencemen as it has progressed game-by-game this season to get an idea of their performance trends.

Just a quick refresher, Corsi Relative (usually just written as Corsi Rel) basically measures the effect an individual player has on his team's overall Corsi performance. It can be used in +/- form or as a percentage (I'm gonna use the latter). Instead of just looking at a players Corsi For% (CF%), we can use CF% Rel to see how he is performing relative to his teammates.

For example, the Edmonton Oilers are an awful puck possession team. Every single one of their regular players this season has a CF% of sub-50%. But, if you look at Ryan Smyth's CF% Rel, you can see that it is a team-leading +4.6%. This means that the Oilers have 4.6% more shot attempts with Smyth on the ice at 5v5 than with him off. It's a good stat for separating a player's numbers from the overall team performance.

So, now that we've refreshed the basics, let's get into the nitty gritty about the Wild's defencemen. I should note, I have left Matthew Dumba and Jonathon Blum out of this analysis because they have played too few games and aren't likely to feature down the stretch.

-Firstly, here are the important puck possession and deployment stats for each defenceman:

Okay, so I don't really need to go through that table. You can see which guys are doing well in terms of Corsi and you can see who had the tougher deployments/who faced soft minutes. That context is important for what is coming next.

-Here is the rolling cumulative average Corsi rel for the 7 defencemen listed above this season (right-click on the image and select "open link in new tab" to see it full size): 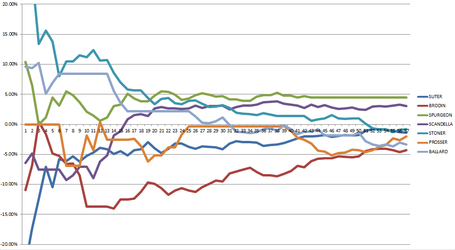 -Here is each player individually along with their linear trendline: 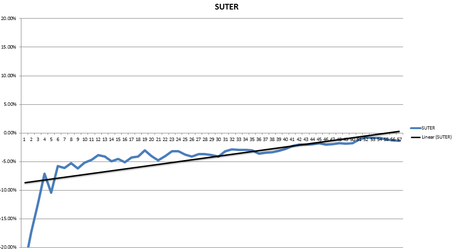 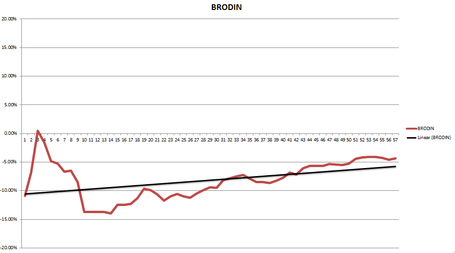 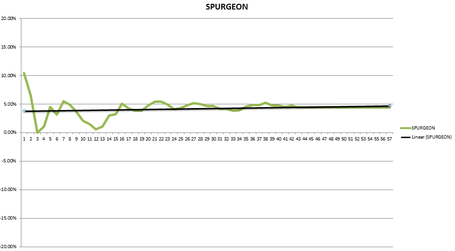 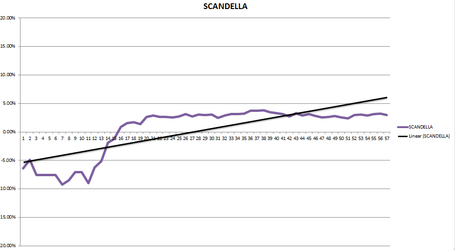 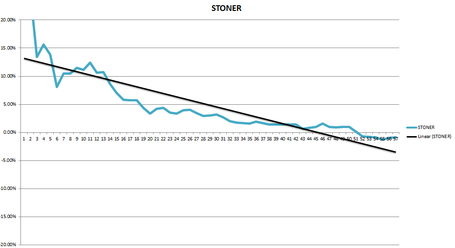 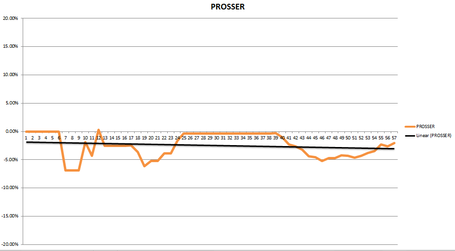 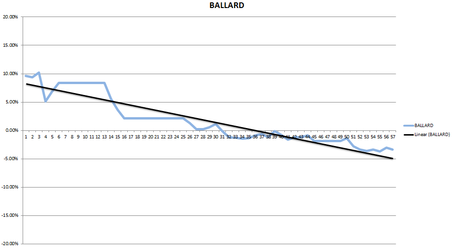 *
Keep an eye on those numbers over the rest of the season to see if they keep trending in the same direction. I'll be particularly curious to see how Spurgeon does after a lengthy lay-off with injury.
For more defenceman analysis, check out this post I wrote a month ago about dCorsi for the Wild's defencemen.