There has been much discussion around here as of late regarding the issue of Charlie Coyle seeming to be rewarded with more ice-time, more opportunities on the powerplay and better linemates than Nino Niederreiter despite Niederreiter, in the eyes of some, outplaying Coyle in all aspects of the game this season. I'm going to analyse both players and break down the situation in detail.

Share All sharing options for: [Wild About Numbers]: The Great Nino Niederreiter vs Charlie Coyle Debate

Just to recap quickly, this argument stems from the fact that Charlie Coyle has had a lot more ice time than Nino Niederreiter all season and, in the latest lines put together by Mike Yeo (these ones in the wake of the Matt Moulson trade) Coyle has been put on a line with Moulson and Mikko Koivu (arguably the team's best two forwards) while Nino has been stuck on the 3rd line with Kyle Brodziak and Matt Cooke, the traditional tough minutes/shutdown line.

I figured that the best way to approach this would be to examine the numbers for each player this season in terms of usage, TOI, competition, teammates, scoring, possession etc. to see how they are being deployed and who is producing better results.

Before I begin, it's worth noting that Coyle missed 12 games this season through injury has spent most of his time playing RW but did spend some time as a C earlier in the year. Niederreiter has been used at LW and RW and has played every game this season.

-Here's a quick glossary of some of the abbreviations I have used in the tables below: 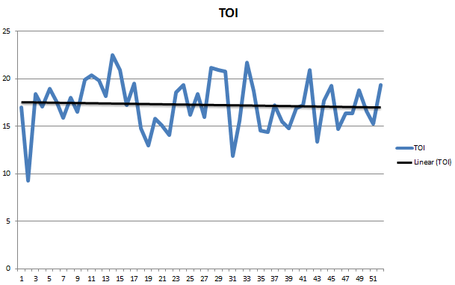 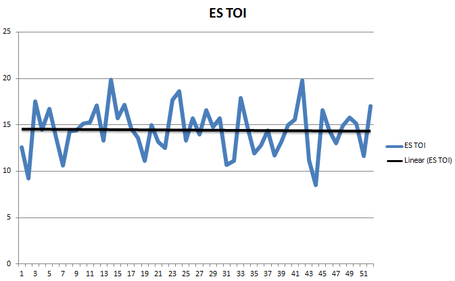 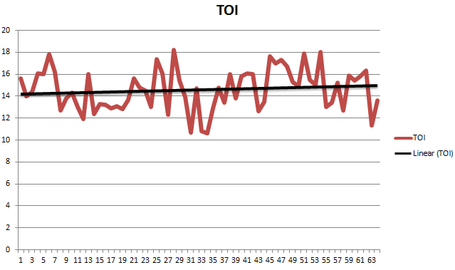 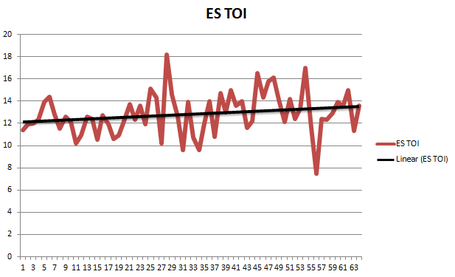 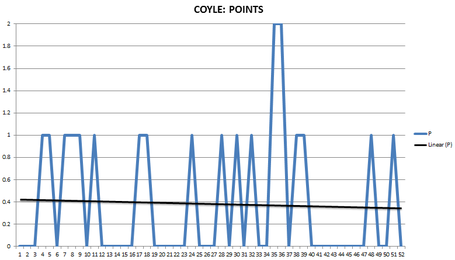 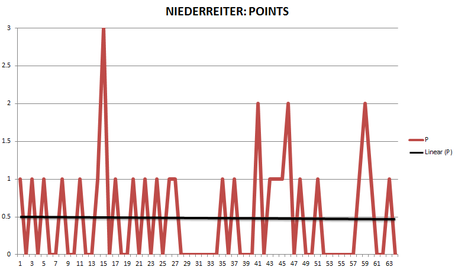 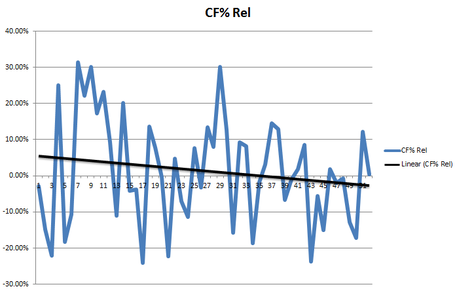 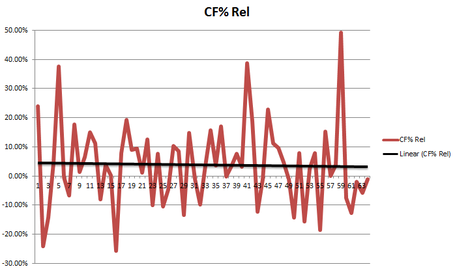 One of his assets that makes coaches drool over him (and maybe the reason for his disproportionate ice time) is his size, or his "NHL body" as a scout might call it. This makes some sense, particularly on the powerplay where he can use his size to disrupt things in front of the net.

But Nino is a big player too, coming in at the same height as Coyle but 1 kg heavier and something that Nino has done this year that Coyle has failed to do is to make his presence felt game after game by punishing defencemen and by causing havoc in the crease. It's become a common sight in Wild games to see 2 or 3 opposition players trying to tear Nino to shreds while he pokes at the puck under their goalie. They're both big bodied young wingers (Coyle is 22, Nino is 21) and, in my opinion, the prime opportunities should be given to the one who earns it, which has been Nino up to this point.

Another argument as to why Coyle is now being put on a line where he won't have to carry the play as much could be that Mike Yeo has recognised that Niederreiter doesn't need mentoring and can give some spark to that 3rd line while Coyle has struggled somewhat. If this is true, I'm not sure I agree with it. For a team that is fairly mediocre at generating offence, a player like Nino should be given the chance to play with a playmaker of Koivu's stature to see if they can cash in and generate some goalscoring.

Nino is scoring ES points at a faster rate than any Wild player except for Mikael Granlund and Jason Pominville and yet is getting less TOI per game than Dany Heatley.

Nino is scoring ES points at a faster rate than any Wild player except for Mikael Granlund and Jason Pominville and yet is getting less TOI per game than Dany Heatley. There is something very very wrong there. Not only is he a more efficient scorer than Heatley, he can actually drive play and isn't a puck possession black hole or a defensive liability.

I don't think players should be mollycoddled, but it's worth remembering that Niederreiter has had a rocky development in the Islanders organisation since being drafted so this turnaround in fortunes he has experienced since being traded for Cal Clutterbuck is remarkable. Further to that, rewarding him for such a dramatic turnaround, repaying the faith Chuck Fletcher showed in him, might pay dividends further down the line by bolstering his confidence and self belief. Give him a chance to play with the team's best players and he might find another level to his game still. Who knows what his ceiling is at this point?

During some of the discussions on this topic that we've had in several recent threads it has been implied once or twice that the people pushing for Nino to get more minutes over Coyle have some kind of personal grudge against Coyle or think he's a bad player. This is a ridiculous point of view. It's about what makes the team better, nothing personal at all. These are the kind of issues that become part and parcel of discussions when your team is actually good. These are the kind of issues we should welcome.

I think the best lines going forward are:
Moulson-Koivu-Niederreiter
Parise-Granlund-Pominville
Cooke-Brodziak-Coyle
Heatley-Haula-Fontaine
Nino gets rewarded for his great play all season with prime minutes, while a message is sent to Coyle that he is behind in the pecking order and he needs to step it up. Creating little battles like that for minutes can't be a bad thing. On a playoff team, there should be constant competition for who gets the top minutes. This isn't the 2011/12 Wild where it was basically a handful of NHL calibre players with the holes plugged by AHLers.

What are your thoughts on this, Wilderness? Do you agree or disagree? Have it out in the comments section.
Follow me on Twitter for more Wild talk and analysis.