[Wild About Numbers]: Statistical Breakdown Of The Wild's Potential 1st Round Opponents

With the Wild's playoff seeding secured, it's time to look at their potential 1st round opponents by the numbers.

Share All sharing options for: [Wild About Numbers]: Statistical Breakdown Of The Wild's Potential 1st Round Opponents

In 2012/13 the Wild's goal for the season was to make the playoffs and any success on top of that was purely a bonus. They did make the playoffs (just about) and were easily outplayed by the Chicago Blackhawks on their way to a 4-1 series loss. This season, with a talented roster that Chuck Fletcher has painstakingly built over the last few years, making the playoffs was expected and to call this season a success the Wild need to make some noise while they are there and not just provide a team with Cup ambitions some warm-up games before meekly bowing out. Not to say the Wild need to win a round to be happy with their season, but they need to play like a team that belongs there and that might be a Cup contender in the near future.

This is a far more talented roster than the Wild have iced in a long time (maybe ever) with a host of stars (Suter, Parise, Moulson, Koivu, Pominville) supported by good role players (Cooke, Brodziak) and a large group of talented young players, many of whom have stepped up to make big contributions this year (Granlund, Nino, Scandella). Their preseason goaltending worries amounted to nothing as the goaltending (regardless of who has been in net) has been mostly excellent. This is no longer a "just happy to be there" bubble team.

Come playoff time, they need to play like a team that belongs there and that might be a Cup contender in the near future.
Winning a playoff series can be something of a crap-shoot as 7 games is a very small sample and things like a goalie getting hot or a team shooting way above their talent level for a couple of games can be deciding factors. But the Wild's chances of getting out of the 1st round greatly increase or decrease based on who they play against. In this article, I'm going to break down the numbers for each team they could face and see who the Wild might be able to beat and who they are unlikely to stand much of a chance against. 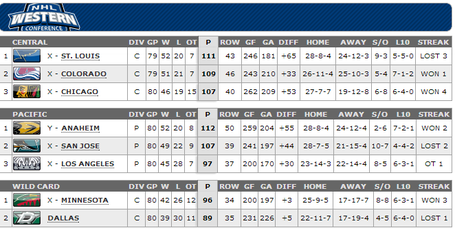 -SportsClubStats.com gives the Wild the following chance at each of these 1st round match-ups (I've also included the Wild's regulation+overtime results against each team this season):

-So, let's look at some numbers for each of these teams and then I'll break them down individually and assess how they match-up against the Wild [NUMBERS DON'T INCLUDE LAST NIGHT'S GAMES]:

-Based on the stats from the tables above, here is my analysis of each team: 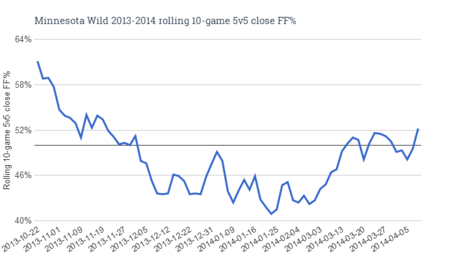 A look at who the best EV scorers have been each season since the franchise was founded. 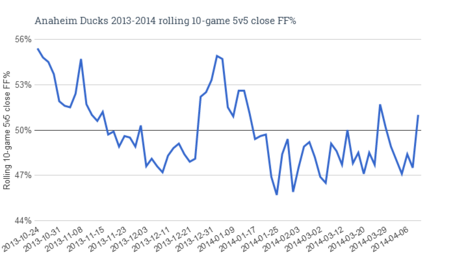 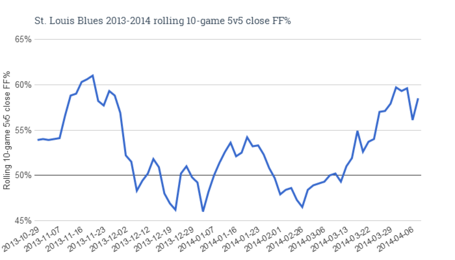 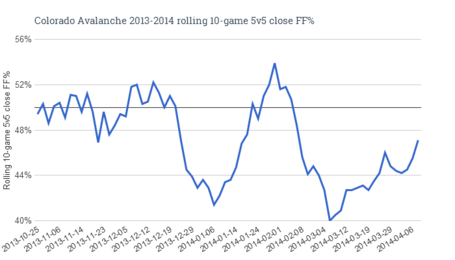 So, I think it's pretty clear that the team the Wild stand the best chance of beating is the Colorado Avalanche. The St. Louis Blues are the team to avoid. The Anaheim Ducks are a tough test but would be preferable to the Blues.

More: Ilya Bryzgalov Is Making The Doubters Eat Their Words

Nothing is guaranteed in the playoffs, as I said earlier, it just takes a hot run of shooting or goaltending to carry a team to a series win. That being said, if I had to choose a team to meet in the 1st round that gives my team the best chance of winning, I'm going to pick the terrible puck possession team being carried by PDO every time. The Avalanche's luck will run out eventually but the question is, will the collapse happen during the playoffs or will we have to wait for next season?

Follow me on Twitter for more hockey talk. Thanks to Extra Skater for all the numbers featured in this article.